Rakhi or Raksha Bandhan is one of the most special days in the life of siblings. It is celebrated in many parts of Nepal and India during the full moon day in the month of Shravan that falls in August.

It is that one day when you get to shower your brother/sister with love and gifts. It is the celebration of love and the duty that is shared between brothers and sisters.

On the occasion of rakhi, sisters tie rakhi, a sacred thread, on the wrists of their brother, praying for happiness and prosperity. It is a mark of the sister’s love. The brother presents a token gift for the sister promising to protect her from all harm. Special messages and prayers make this day so much more special.

Rakhi and the mythological stories surrounding it:
Many legends and myths can be found related to Rakhi. Some of the legends are:

Indra Dev: In Bhavishya Purana you can find reference about a war between demons and Gods.  Sachi, wife of Lord Indra, tied a sacred thread around Indra’s wrist that was blessed with protective powers. Indra defeated the demons and won the war. Protective powers that are associated with the holy thread have been inspired from this story.

Goddess Laxmi and King Bali: A demon King called Bali was a great devotee of Lord Vishnu. Lord Vishnu left Vaikunth to guard his kingdom. Goddess Laxmi, being left alone wanted her lord to come back. She disguised as a Brahmin woman travelled to Bali seeking refuge until her husband returned. During the celebrations of Shravan Purnima, Goddess Laxmi tied a sacred thread and on being asked about her identity, she revealed her identity and why she came there. King Bali, touched by her purpose, requested Lord Vishnu to go back with her. It has since then become a tradition to invite sisters on Shravan Purnima for the ceremony of Raksha Bandhan. 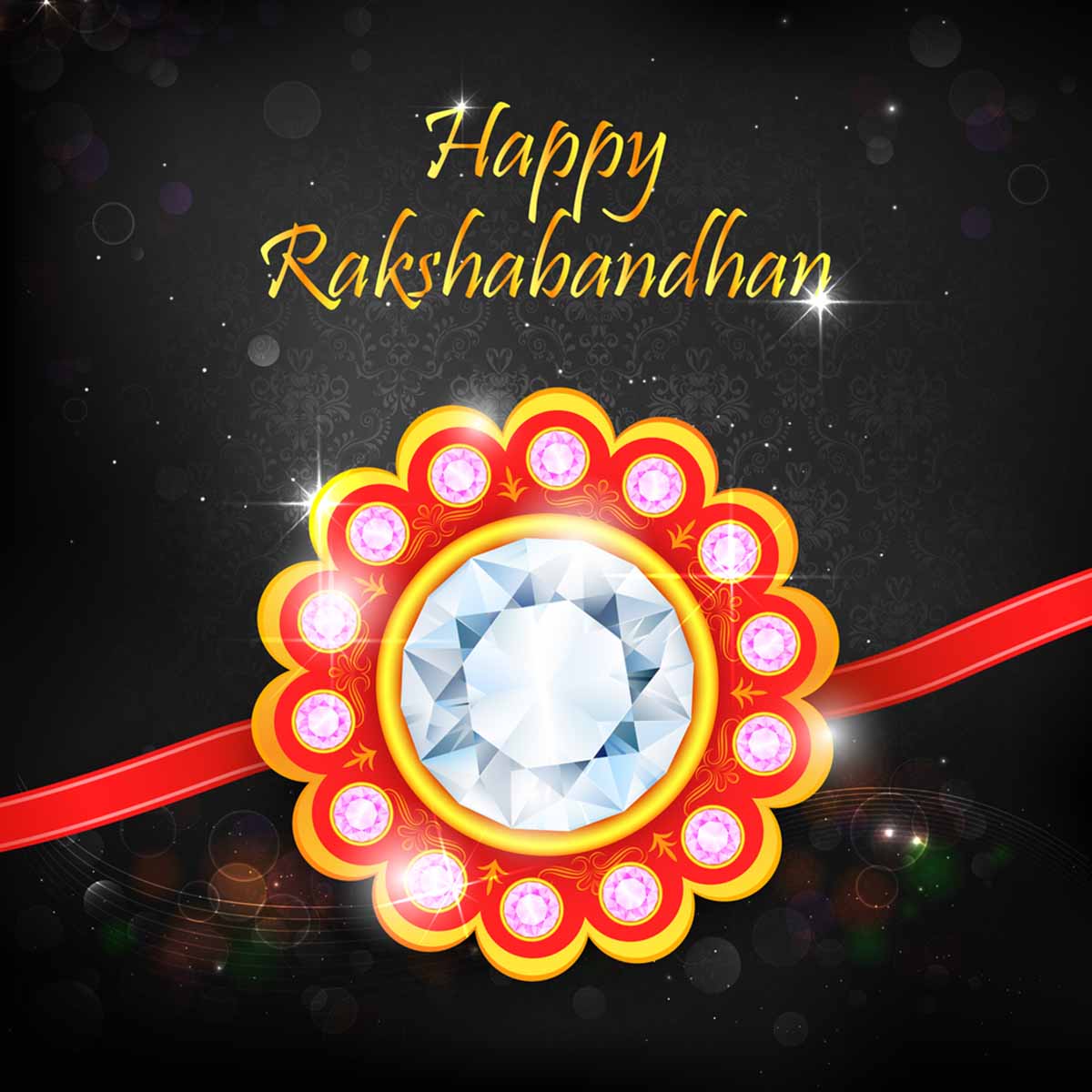 Yama and Yamuna: Raksha Bandhan is supposed to be a ritual followed by the Lord of Death, Lord Yama and Yamuna, his sister. Yamuna used to tie a rakhi on Yama’s wrist and conferred him immortality. Yama had then said that whoever promised to protect the sister from whom  he had got the rakhi tied would become immortal.

Legends of Lord Krishna and Draupadi: On being injured in a battle, Draupadi tore a strip of cloth from her outfit and tied it around Lord Krishna’s wrist to stop the bleeding. Lord Krishna was touched and declared that he would protect her from all possible danger in future.

Significance:
The word ‘Raksha’ means protection and ‘Bandhan’ is the verb for to tie. In Sanskrit, it literally means ‘The tie or the knot of protection’. The sister performs the ritual and prays for the success and well-being of her brother.
It is also a time to celebrate the special ties with brother-sister relations in the family like cousins and distant family members. Many people who are not related biologically also celebrate the occasion.

Practices during Rakhi:
The shopping for this occasion starts weeks before the actual event. Sisters shop for rakhi, the ceremonial thread that is tied around the wrist of the brother. Rakhi might be a simple thread that is woven and colorful or it can be an intricate design that has decorations of various kinds. Brothers also shop for gifts that they must give their sisters as a token of love.

Variations in Other Regions:
Rakhi is observed in different parts of Southern Asia. The different regions celebrate this day in various ways:

Odisha (Orissa) and West Bengal: The day of Raksha Bandhan is also known by the name of Jhulan Purnima in West Bengal and Odisha. Radha and Lord Krishna are worshipped with flowers and prayers. Sisters also tie a rakhi to their brothers to wish them immortality.

Maharashtra: In Maharashtra, Narali Poornima or the coconut day festival is also celebrated with Rakhi. Kolis, the community of fishermen prays to Lord Varuna, who is believed to preside over the sea. They do this to get his blessings. The rituals include coconuts being cast deep inside the sea. Elsewhere, sisters enjoy the occasion of Rakhi by tying the sacred thread on the wrists of their brothers.

Jammu (Kashmir): In various parts of Northern India, like Jammu, people buy strong kite string that is commonly known to be “gattu door” as well as a huge amount of kites for the occasions of Raksha Bandhan and Janamashtami. The sky is swarmed by kites that are of various size, shape and colors.

Haryana: Along with Raksha Bandhan, the people of Haryana also celebrate the festival called Salono. It is observed by priests who solemnly tie amulets on the wrist of people to protect them against evil. Everywhere else the usual occasion of Rakhi involves sisters tying a rakhi on the wrist of their brother.

Nepal: In Nepal, Rakhi is called  Rishitarpani or Janai Purnima. It is a ceremony involving a thread that is sacred. Both Buddhists and Hindus of Nepal, observe this occasion. The janai, a holy thread worn by Hindu men around their chest is changed during this ceremony. In some regions of Nepal, sisters can be seen tying rakhi on the wrists of their brother on this day but a festival like Raksha Bandhan is observed in Nepal during the Tihar festival.